Jurassic Park´s got the classic´s effect. When we remember it, a certain special feeling invades our body. At least it happens to me. I was less than 10 years old when I first saw it, and I still remember the thrill of seeing dinosaurs come to life on the screen, chasing humans terrified for their impressive size. But even more significant is the fact that millions of adults enjoyed it as well, as if they were children, but without feeling they were watching a childish story. Certainly, Spielbreg´s greatest achievement was to be able to recreate these prehistoric animals with the highest possible realism. And yes, dinosaurs are animals, and that´s why Jurassic Park deserves a space in our Movies to Remember section. 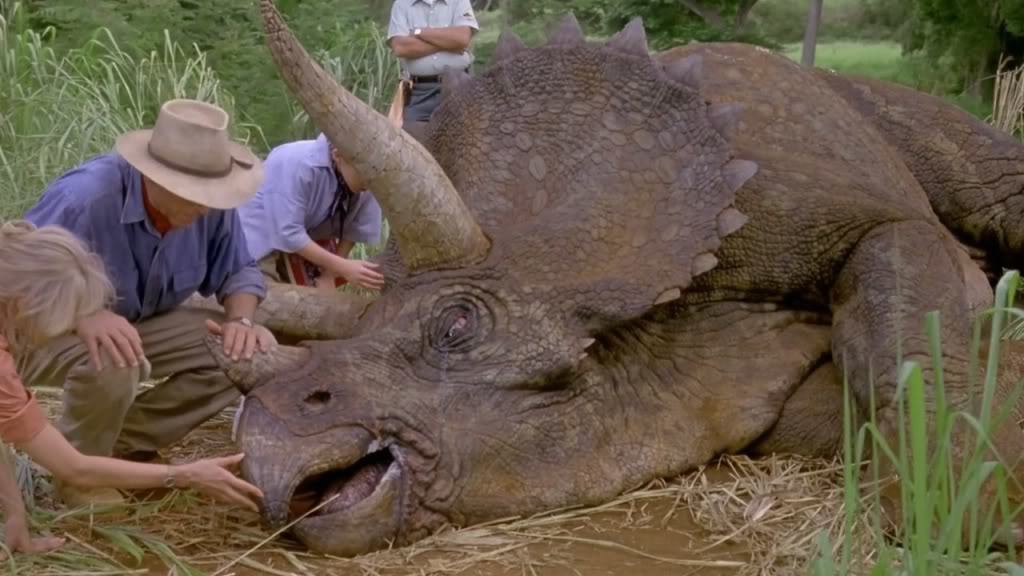 As I said, what I most enjoyed as a child was watching the dinosaurs in action. However, when I saw it again as an adult this was just a secondary thing. It´s gratifying to see that there´s some philosophy in the plot, and that, as ridiculous as it may sound, the story isn´t THAT fictional. In it we see issues such as: the limits of scientific experimentation in the name of “progress”, Man playing God, the manipulation of nature, and others…

Let´s remember the story: John Hammond (Richard Attenborough) is a billionaire philanthropist who has achieved a formula for reproducing dinosaur´s DNA and making them born again. He makes this by finding fossilized mosquitoes that had bitten dinosaurs back in the days. Thus, these mosquitoes served as a bridge to the dinosaur´s genetic composition and were used by Hammond´s scientific team to create an amusement park where people would come and enjoy clones of Velociraptors, Triceraptos, T-Rex and others; and in order to prevent natural reproduction, only females were cloned. Sounds like fantasy? Not so much. Let´s remember that in 2009 scientists used frozen tissue to “resurrect” a type of mountain goat which was extinct since 2000: very similar to the way that Hammond´s science team brought dinosaurs back to life. Something like that was also made with extinct plants. Scientist Catherine La Farge, from the University of Alberta, was on a trip to Ellesmere Island when she noticed that there was still some life in frozen plants beneath glaciers. With a little experimentation she got fresh, green plants, brought to life after 400 years. But what about dinosaurs? Can they be resurrected? Surprisingly, Jack Horner, professor of paleontology at Montana State University, gives an emphatic “yes”: “of course we can bring them back to life. Their ancestral DNA is still present. The science is there. I think there´s no barrier other than the philosophical”. Moreover, just 4 months ago (April 2013), Horner said he will genetically modify chicken eggs in order to give life to a dino-chicken. As they say, truth is stranger than fiction. 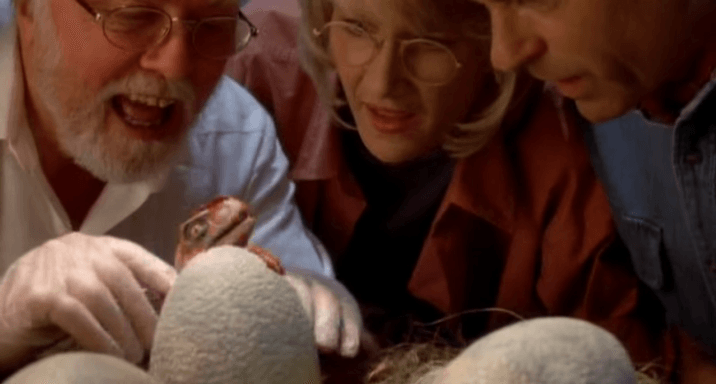 Returning to the film, Hammond seeks some endorsement for the park, and for that he hires paleontologists Allan Grant (Sam Neill) and Ellie Satler (Laura Dern), who visit and inspect the place with great excitement, unaware of the upcoming terrible events. The third guest happened to be less naive: Dr. Ian Malcolm (Jeff Glodblum), who smelled that the park was no bed of roses. For example, this is what he said to Hammond regarding the reproductive control he was trying to impose in dinosaurs (by cloning females only): “the kind of control you’re attempting simply is… it’s not possible. If there is one thing the history of evolution has taught us it’s that life will not be contained. Life breaks free, it expands to new territories and crashes through barriers, painfully, maybe even dangerously”. Indeed, they later realized that the dinosaurs had somehow managed to reproduce naturally. And as expected, they ended up escaping from the control of humans, making the latter victims of their own experiment. Among the hunted we also find Hammond´s grandson and granddaughter, who came to enjoy their grandfather´s “brilliance”. This is an interesting detail of the plot, which symbolizes the suffering that younger generations have to pay for the irresponsibility of adults.

In this case, Hammond´s desire to play God, or as Dr. Malcolm said: “God creates dinosaurs. God destroys dinosaurs. God creates Man. Man destroys God. Man creates dinosaurs“. This game ends up being quite expensive as many characters die and only a few survive. God forbid some billionaire attempting a similar experiment in the real world… although I know of one called Clive Palmer, who liked the movie so much he´s said he wants to create a Jurassic Park. But don´t panic: the dinosaurs will be robots, so unless artificial intelligence exceeds the control of humans, we are safe and sound. I’ll definitely visit Mr. Palmer´s park when it launches … I’m dying to play with the T-Rex. 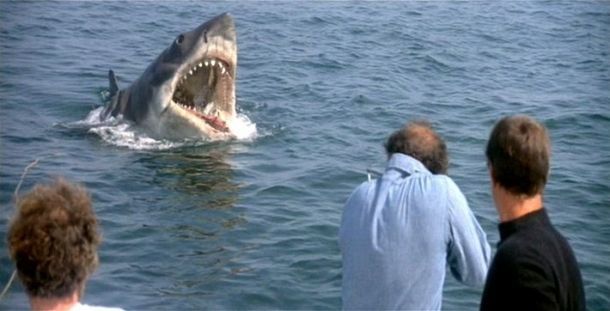 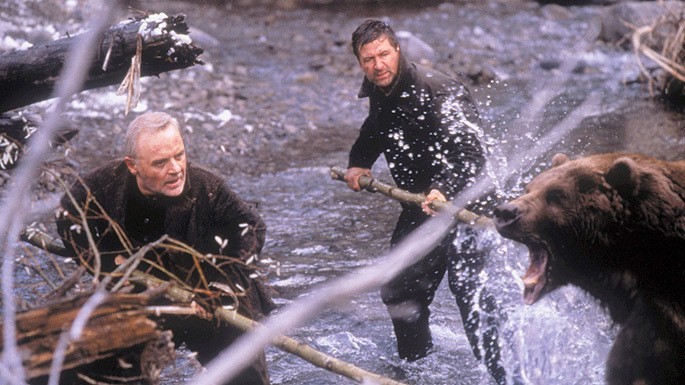